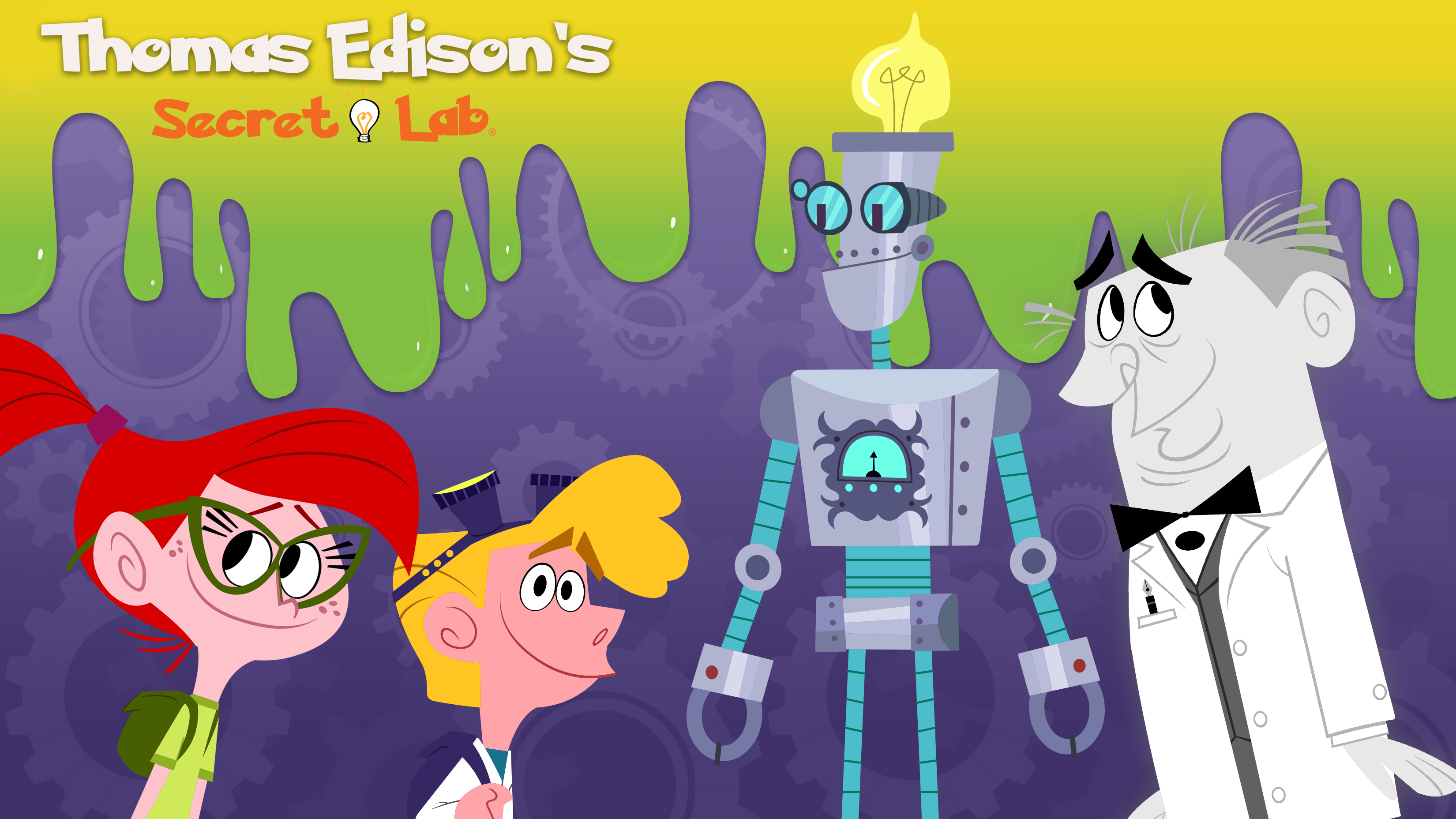 Based on the most admired inventor of all time, Thomas Edison’s Secret Lab will show kids how fun science can be. In fact, it’s a BLAST!

This STEM-based comedy adventure series engages kids in a fun and entertaining way to encourage them to be adventurous, inquisitive, creative and enterprising.

Unknown to the world, Thomas Edison had a secret lab where he invented a virtual version of himself and a nearly-completed robot to guide and inspire future generations of young scientists. The secret lab, Edison’s virtual ego, and his prototype robot remained hidden until a 12-year old prodigy cracked the secret coded message that Edison left behind. The young genius and her science club move into the lab and the fun begins, including kids everywhere through a virtual link into their wacky world of discovery.